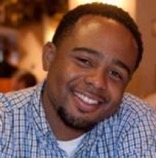 This December, the department welcomed Milton Costen III as our new Graduate Program Coordinator. He graciously agreed to participate in an interview with me during his first week on the job, and I am excited to share more with you about our newest staff member!

END_OF_DOCUMENT_TOKEN_TO_BE_REPLACED 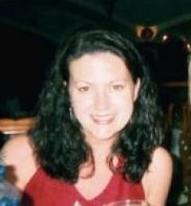 Last week I had the pleasure of interviewing Meredith Buchman, Program Coordinator extraordinaire for three of the sociology department’s research centers: the Program for Society and the Environment, the Culture Lab, and the Maryland Time Use Lab. A veteran of higher education, Meredith joined the University of Maryland in the spring of 2014, bringing fifteen years of higher education experience, two masters’ degrees, and plenty of personality to the department.

END_OF_DOCUMENT_TOKEN_TO_BE_REPLACED

Did you know that the newest employee in the sociology main office can run thirty to forty miles of hiking trails in one shot?

END_OF_DOCUMENT_TOKEN_TO_BE_REPLACED

Many graduate students know that sound. The elevator ding at 4 a.m. on a weekday morning. An alarm clock-of-sorts welcoming us into a straight 25th hour of sleeplessness. Within minutes we hear the rustling of keys, giving us enough time to wipe any drool from our imprinted chins and slumber from our tired eyes. Then our office door is opened, entering in Elizabeth. A bit (un)surprised, Elizabeth smiles her famous smile, ever so bright, waves her finger with one hand and the other on her hip, allowing her the perfect pose for the motherly words, “Go home right now and get some rest, young lady!”

Elizabeth has always reminded me of my mother, up before the birds to provide for her family. And a picturesque mother (and grandmother) Elizabeth is! After immigrating to the U.S. from Colombia 28 years ago, Elizabeth soon after met and married her husband, who had also immigrated to Maryland from Guatemala. Together they started a family, now three sons, two daughters-in-law, and one scrumptious grandbaby. 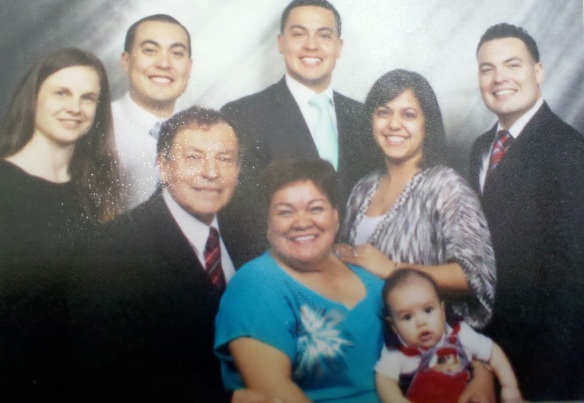 Elizabeth (bottom center) and her family

END_OF_DOCUMENT_TOKEN_TO_BE_REPLACED

When two Carolina fans get together, talk of football rarely results in positive imagery. Unless, that is, they come from the place the present author learned as a child to think of as “the Other Carolina.” And indeed that’s where Orienta Huger hails from. She’s a South Carolina Gamecock: she knows and appreciates good football. But Orienta is clearly much more generous about her Carolinas than I. She loves basketball, too. And she knows which Carolina the sun shines on there.

Orienta grew up in Cross, South Carolina, a town in Berkeley County – approximately seven hours down I-95 on a “good” traffic day followed by a few extra miles east. Orienta’s appreciation of football excellence stems in part from plenty of exposure to SEC play. In fact, if she had to name one drawback to living in the DC area, it would not be the traffic on 95 or 495 or anywhere else around the Beltway: it would be the lack of SEC coverage on TV. One of the best things, however, about being up here is that if ever she has a little free time, there is a chance that there might be an exciting team in town. (Alas the Wizards and the Redskins don’t often meet this excitement criterion, but their visitors sometimes do – especially if those visitors happen to be the Heat or the Jaguars. Alas again, the poor old Carolina Panthers don’t tend to count as exciting either, and might well have built up better football karma if they’d located themselves on the other side of the Carolina border.)

Orienta arrived in College Park in May 2011 after five years in Nashville, Tennessee doing IT work quite similar to the work she does here for a smaller university. While the issues she deals with in the Sociology department are not so different from the issues she encountered in prior work, she does note that she sees fewer problems here with viruses here than she did there. The users here, she says, are good about staying away from virus-carrying sites.

Orienta enjoys her work, particularly because she gets to help people solve the computer concerns that they have so that they can better enjoy their work. Thus she’s a generous a colleague as she is a Carolina fan. And that means the rest of us are pretty darn lucky.

Erika is a DC native who has lived in DC, Maryland, and Virginia at various points in her life. Her mother worked for the State Department, which moved the family to Ecuador when she was 14 years old.  She really enjoyed going to high school in Ecuador, having a graduating class of 44 students and going on trips in the jungle and to the Galapagos Islands.  Erika definitely has the travel bug and mentioned Thailand, India, Nepal, and Australia as top places on her list to visit (if she can muster up the courage to take those long flights).

Erika went to college in Williamsburg, VA getting her degree in psychology from William and Mary.  Since college she has worked in UMD’s psychology department, gotten married (met her husband on a ski trip, he was the ski instructor- so cute!) and has tapped into her creative side, taking photography classes, and starting her own photography business mainly doing portraits and weddings.  She loved her business and the flexibility it gave her, especially with a young daughter.  But Erika missed the work environment and is happy to be back to regular working hours.

Even though she’s only been with the department for a short time Erika really enjoys seeing what goes on behind the scenes of the department.  She has even taken an interest in the field, especially the area of Gender, Work, and Family because it relates so much to her own life.  She’s hoping to go to more talks given in the department to learn more about sociology.  Erika is excited to be working with the department after getting such a positive vibe from people during the interview process.  She is looking forward to putting her creative and organizational talents to use!

© UMD Sociology and IMAGINE SOCY News 2009-2013. Unauthorized use and/or duplication of this material without express and written permission from this blog’s author and/or owner is strictly prohibited. Excerpts and links may be used, provided that full and clear credit is given to the Department of Sociology at the University of Maryland, College Park with appropriate and specific direction to the original content.